Help provide a wheelchair and other mobility aids to those in need.

Help provide a wheelchair and other mobility aids to those in need. 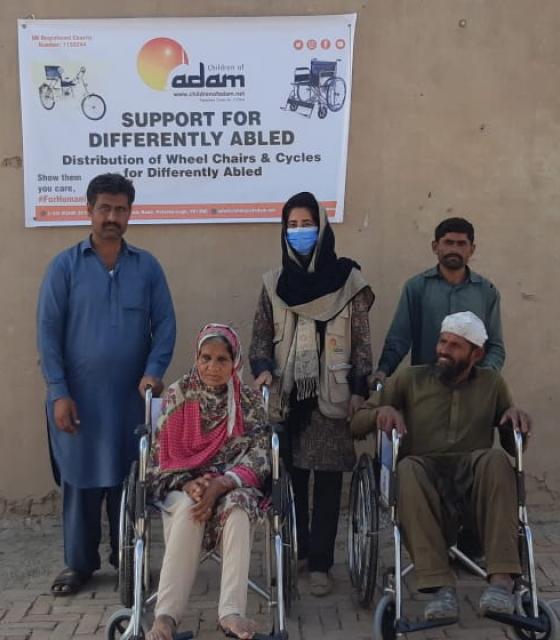 Many people around the world rely on walking aids and wheelchairs just to get around, for those in third world countries the struggle can seem even harder being surrounded by poverty and lack of medical equipment.

With your kind gift, you will be able to provide somebody in need a much-wanted wheelchair and you will bring them happiness by giving them and their caretakers independence and mobility.

From as little as £100 you could help support a poor and needy person gain independence, a small price for a huge reward.

Abu Hurairah (RA) narrated that the Messenger of Allah (SAW) said: “Whoever relieves a Muslim of a burden from the burdens of the world, Allah will relieve him of a burden from the burdens on the Day of Judgement. And whoever helps ease a difficulty in the world, Allah will grant him ease from a difficulty in the world and in the Hereafter. And whoever covers (the faults of) a Muslim, Allah will cover (his faults) for him in the world and the Hereafter. And Allah is engaged in helping the worshipper as long as the worshipper is engaged in helping his brother.”

Meals have been handed out  -  Every week we donate meals not only to local homeless but internationally across 5 countries.

Your generosity could shape the lives of many. No one deserves to live without basic necessities.