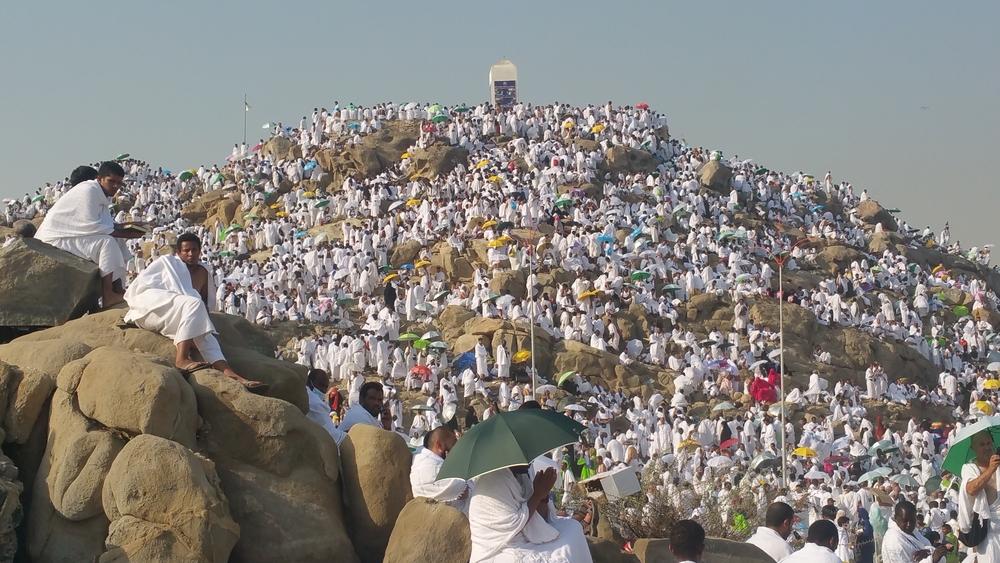 The first Qurbani is said to have occurred upon Mount Arafat, meaning that the location is connected to the story of Prophet Ibrahim (AS). This is the mountain upon which Allah (SWT) performed a miracle in honour of the unwavering faith that Ibrahim (AS) and his son, Ismail (AS) expressed towards Him. As a result, the mountain is regarded the space upon which the sincerest meaning of obedience and sacrifice was learnt and understood by humanity. This is just one of the many benefits of Qurbani.

As a Muslim charity in the UK, Qurbani and its roots are incredibly important to us. Read on to discover more about the importance of Qurbani and to answer the question of “Why do we do Qurbani?”

First things first, we must make it clear what Qurbani is. Qurbani is the sacrificing of an animal in the name of Allah (SWT), which takes place from the 10th to the 13th day of Dhul Hijjah. This sacrifice is performed to mark the completion of Hajj, as well as to commemorate the sacrifice of Ibrahim (AS).

Qurbani is much more than simply slaughtering an animal and distributing its meat; its key purpose is to bring one closer to Allah (SWT). It’s easy to lose oneself in the chaos of everyday life and forget one’s true purpose, which is to submit to Allah (SWT) and sacrifice whatever is asked of us. Qurbani reminds us of our life’s purpose.

The Sacrifice of Ibrahim (AS)

Ismail (AS) requested that he be bound by ropes so that he was unable to struggle, whilst Ibrahim (AS) wore a blindfold so that he didn’t have to witness his son’s suffering. Following this, Ibrahim (AS) took a knife to his son and made the sacrifice; however, upon removing his blindfold, he found his son to be alive and well. Instead, a slaughtered ram lay in his place, as Allah (SWT) had saved Ismail (AS) as a reward for the pair’s dedication to Him. From this, we can understand that Allah (SWT) will always care for those who express unwavering faith in Him.

Mount Arafat sits just 20 kilometres to the east of Mecca and reaches around 70 metres above sea level at its highest point. This makes it the tallest point in the centre of the Plain of Arafat.

The first Qurbani isn’t the only significant event that is believed to have taken place at Mount Arafat. In fact, this mountain is thought to be the place where Allah (SWT) forgave Adam for his first sin that led to him being expelled from heaven. Similarly, some believe that this is the site in which Adam and Hawa were reunited following their fall from heaven. As a result, Mount Arafat is also believed to be the ideal location to pray for a marital life partner.

Additionally, Mount Arafat is the location where the Prophet Muhammad (PBUH) delivered his farewell sermon to those who had joined him on the Hajj to Mecca. Quite simply, Mount Arafat has undeniable significance in the Qur’an, and each of us can continue to learn from the teachings and sacrifices that took place here.

The Day of Arafat

Due to one of the most selfless and pure displays of obedience to Allah (SWT) taking place upon this mountain, Muslims now celebrate the Day of Arafat on the ninth day of Dhul Hijjah. This celebration is often commemorated by Muslims travelling to Mount Arafat on the Hajj, in which they will partake in Wuquf (standing before God) until dusk. The Zuhr (noon) and Asr (afternoon) prayers are performed by the pilgrims, who then repent previous sins and seek Allah’s (SWT) mercy.

The mountain’s great height and religious significance have enabled it to see so much, meaning we can be inspired by its wisdom. Mount Arafat should always be considered as we contemplate how we lead our lives. The site can inspire us to progress in our waking, working, and giving alike.

Donate Your Qurbani to Children of Adam

Children of Adam is a UK Qurbani charity, meaning that we welcome your charity Qurbani donations.

We understand that making a physical Qurbani sacrifice isn’t always possible, which is why we provide you with the option to make a monetary donation. We will use this donation to slaughter an animal in an Islamic country by name of the Qur’an and distribute the meat to those in need.

You can make your 2022 Qurbani donation here.