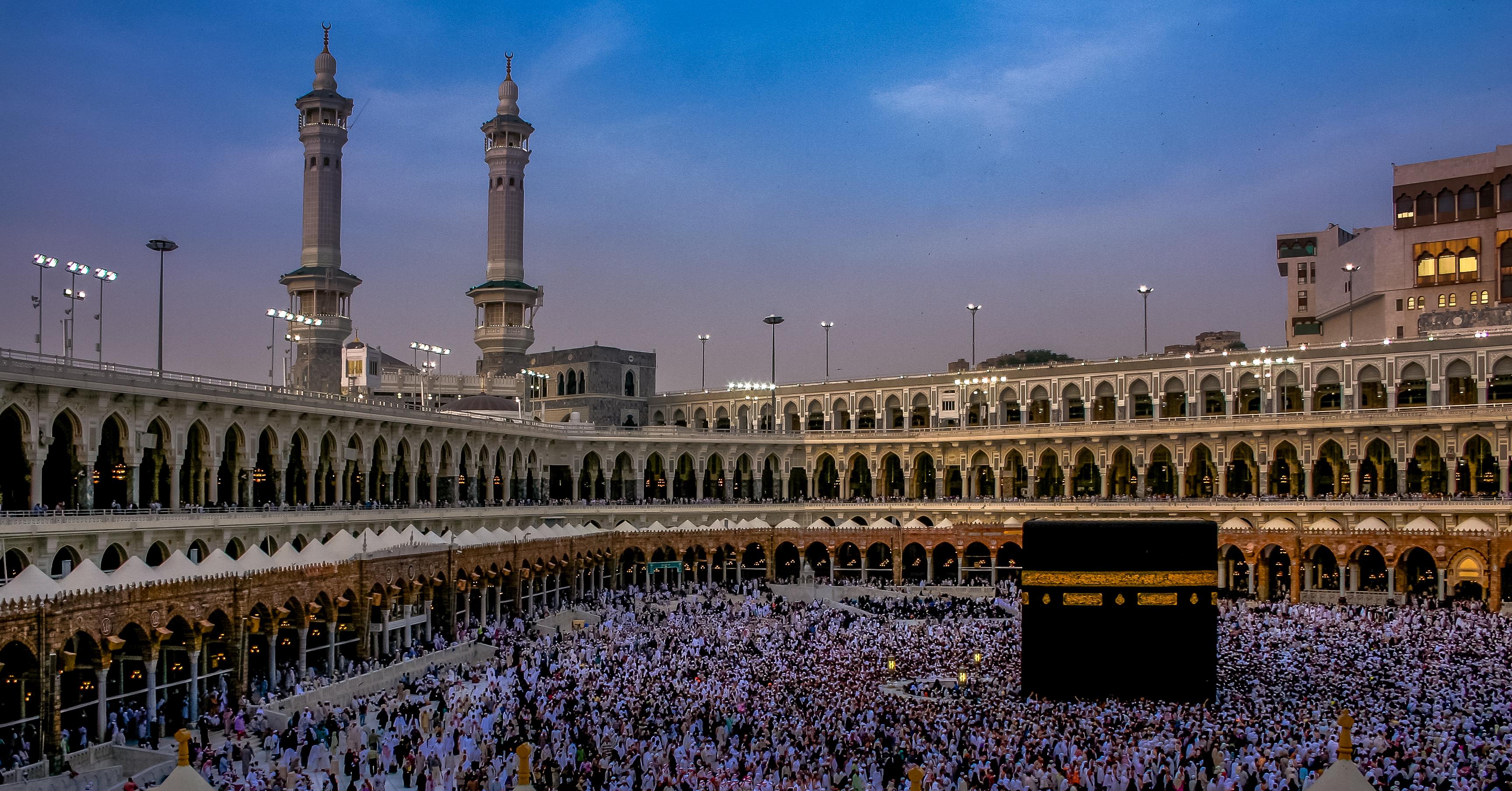 Hajj is the annual pilgrimage to Mecca taken on by able Muslims, who should complete this at least once in their lives. This makes up one of the five pillars of Islam and brings with it great rewards, benefits and complete forgiveness of any sin from Allah (SWT).

The Hajj pilgrimage takes place in the last month of the Islamic year, Dhul Hijjah, with the first day of Hajj taking place on the eighth day of the month. Its purpose is to offer Muslims the chance to start anew in the eyes of Allah (SWT), clearing themselves of any sins they may have as they seek the forgiveness of our merciful God by completing this physically demanding journey.

It was the Prophet Muhammad (PBUH) who established the Hajj pilgrimage as we know it today, in which pilgrims will walk the same steps as Muhammad (PBUH) and Ibrahim (AS).

Hajj is the pilgrimage to Mecca, Saudi Arabia, which also encompasses travel to Medina and Mount Arafat. Pilgrims will pray around the Kaaba at the centre of the Masjid al-Haram, the most important mosque in Islam.

What is Hajj in Islam?

Hajj, translated from Arabic, means ‘to attend a journey’. The pilgrimage is one of the five pillars of Islam and is considered to be one of the most sacred traditions that any Muslim could hope to undertake.

How Long is Hajj?

The Hajj pilgrimage lasts for five or six days, depending on when pilgrims can leave. On the fifth day of Hajj (12th day of Dhul Hijjah), Muslims may leave Mecca, but not before completing the Tawaf al-Wadaa, meaning ‘to bid farewell’, in which pilgrims walk around the Kaaba seven times counter-clockwise.

Those performing the tawaf will try to touch and/or kiss the Kaaba as they circle it before leaving. Muslims who remain for the sixth day perform the stoning of the devil ritual (also performed on the fourth and fifth days of Hajj), in which they throw seven pebbles at the three pillars in Mina.

The first day of Hajj 2021 is on Saturday 17 July, two days before the beginning of Eid al-Adha, which commences in the evening of Monday 19 July, lasting until Thursday 22 July.

How to Perform Hajj?

In 2021, Saudi Arabia has ruled that Muslims who live outside of the country are once again barred from completing the Hajj pilgrimage, as was also the case in 2020 when only around 1,000 residents in Saudi Arabia were permitted. This year, up to 60,000 residents have been permitted and the hope is that, as the pandemic continues to ease globally, the number of pilgrims completing Hajj in 2022 will be back in the millions.

You can choose to donate to Children of Adam for Qurbani either by heading to our appeal page or via our dedicated donation page today.