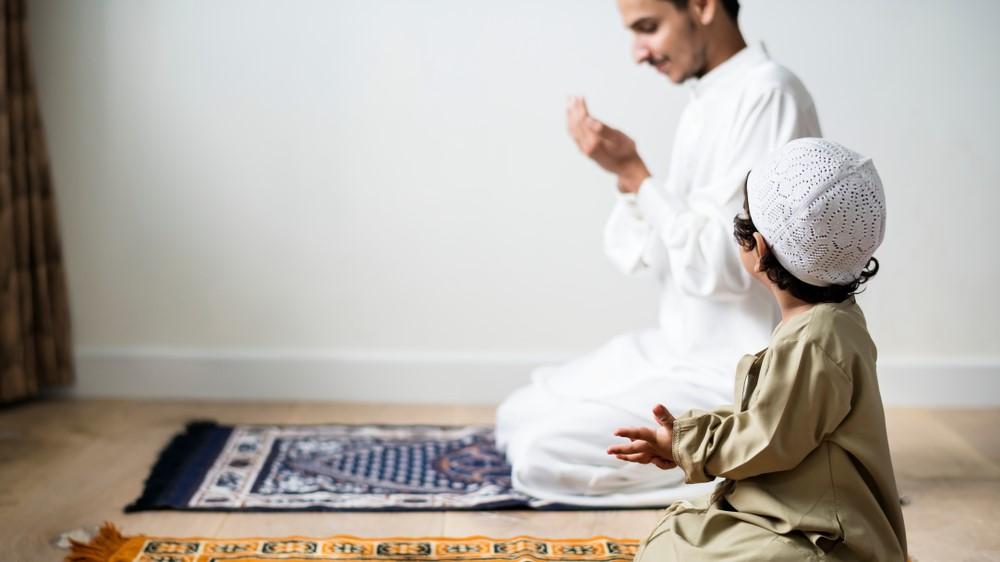 The five Pillars of Islam are the most important Muslim practices that every devoted follower of Allah (SWT) should adhere to. In order to live a good and responsible life in accordance with Islam, every Muslim should fulfil these five obligations.

This is extremely important in the Islamic faith as these obligations provide the framework of a Muslim’s life, influencing their everyday activities. In Islam, it’s considered pointless to live a life without putting faith into practice, meaning Muslims must prioritise their faith rather than trying to slot it amongst their secular lives. So, what are the Five Pillars of Islam that every Muslim bases their existence on?

Shahadah refers to the sincere recital of the Muslim profession of faith. Quite simply, this is the belief that "There is no God but Allah (SWT), and Muhammad (PBUH) is His messenger." Anyone who is unable to wholeheartedly recite this statement can’t be regarded as a true Muslim. As a Muslim recites this, they must too proclaim that:

In order to become a Muslim, one must recite this statement three times in front of witnesses. It’s expected that the individual is completely sincere and has a whole understanding of what the statement means. The Shahadah is written in Arabic on the flag of Saudi Arabia, as this is the state that contains Islam’s holiest places.

Salat (Salah) is the performing of ritual prayers in the correct way five times a day. Muslims are instructed by Allah (SWT) to pray at the set times each day:

Muslims are encouraged to do this from as young as seven years old, and this prayer timetable establishes the rhythm of their day. This prayer ritual is over 1,400 years old and connects each Muslim to one another across the globe.

These prayers aren’t simply spoken; instead, every Muslim should unite their mind, body, and soul during worship. As a result, a set of movements will often be executed alongside the words of the prayer. It’s imperative that a Muslim engages in prayer in the correct mindset by putting aside all everyday concerns. Praying in the wrong frame of mind is equal to not praying at all.

Similarly, every Muslim must recognise that they don’t pray for the benefit of Allah (SWT), as he has zero needs. Instead, a Muslim must pray because they’ve been instructed to by Allah (SWT), and they will receive great benefit in doing so. Prayers should always be spoken directly to Allah (SWT), regardless of where you are. Although it’s particularly beneficial to pray with others in the mosque, Muslims are able to pray anywhere. Despite this, they must always be clean before they pray and perform ritual washing ahead of prayer times.

Zakat refers to paying an alms tax to aid the needy. This is a compulsory donation of a set proportion of one’s wealth. As a result, voluntary donations such as Sadaqah Jariyah don’t count as Zakat. Muslims are required to donate Zakat in order to purify their wealth; this is done by donating 2.5% of one’s wealth on a yearly basis to the poor.

As well as aiding the poor, paying Zakat allows you to:

You can donate your Zakat with Children of Adam using our handy Zakat calculator.

Sawm is the act of fasting during Ramadan. This is the ninth month of the Islamic calendar and, during this time, all capable Muslims must abstain from food, drink, smoking (including passive smoking), and sexual activity during daylight hours.

Anyone who is unwell, elderly, pregnant, breastfeeding, menstruating, or travelling is exempt from fasting during this time. Instead, they must pay Fidya or make up for their fasting days at a later date. In addition to these physical restrictions, Muslims must also refrain from engaging in sinful thoughts.

The fast is carried out for many reasons, such as:

Before dawn, Muslims will eat Suhoor to prepare them for the day’s fast. Once the sun has set, many Muslims will break their fast with dates and water as this is how Prophet Muhammad (PBUH) broke the first fast. Following this, they will eat their Iftar meal.

Ramadan is closed with Eid ul-Fitr, which is a festival that is marked by dressing up, engaging in prayer at the mosque, and enjoying celebratory meals with family and friends. Since the Islamic calendar follows the lunar position, the dates of Ramadan will vary from year to year.

On a yearly basis, all Muslims are expected to gather together in Mecca, stand before the Kaaba, and praise Allah (SWT) together. This ritual was designed to encourage the bonds of Islamic unity by showing that Allah (SWT) views everyone as equal. The Hajj strips away all indications of social status, emphasising the importance of life on earth and in the afterlife alike. Everyone is truly equal in the Hajj.

During the pilgrimage, everyone wears plain white clothing called Ihram, performs acts of worship, and renews their sense of purpose in the world. Mecca is regarded as such a holy place that no non-Muslim is permitted to enter. The Hajj occurs during Dhul Hijjah, which is the twelfth month of the Islamic calendar. Every able Muslim must embark on this journey at least once in their life.

Fulfil Your Islamic Duties with Children of Adam

A donation to Children of Adam will strengthen your relationship with Allah (SWT) and bring you closer to righteousness. Donate today.