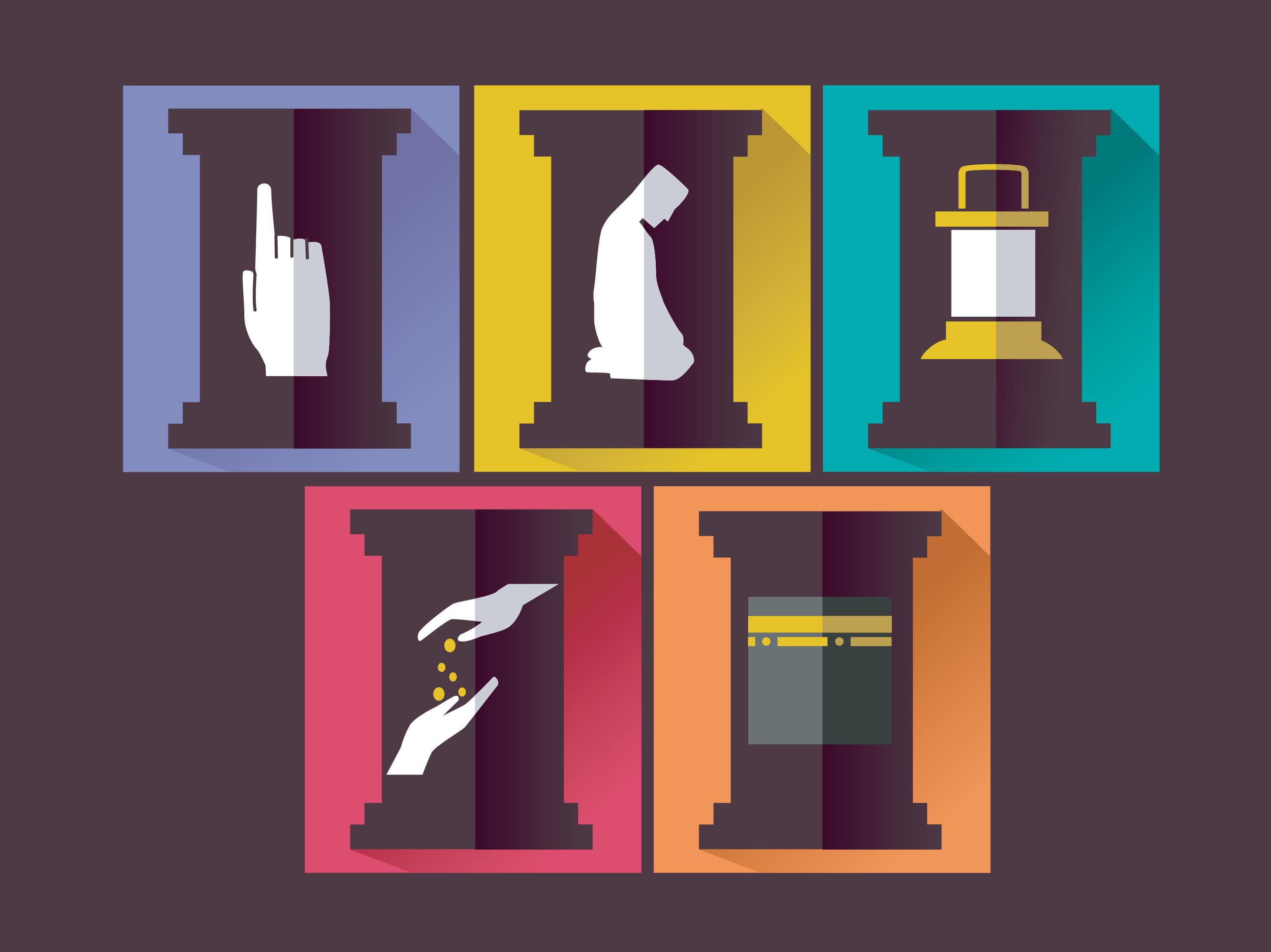 In Islam, there are Five Pillars that signify the five key principles that Muslims base their life around. These are Shahadah, Salat, Sawm, Zakat, and Hajj, which Allah (SWT) has made compulsory for all able Muslims. Hajj is the fifth pillar, and it refers to the pilgrimage to Mecca that all Muslims must embark on at least once in their lives. This pilgrimage takes place during the month of Dhul Hijjah, which is the last month of the Islamic calendar that is rounded off by Eid ul-Adha prayers.

The Hajj is intended to foster the connections of Muslims through recognition of the fact that Allah (SWT) regards every individual as equal. Ultimately, the Hajj removes all indicators of pride, wealth, and social status, which encourages Muslims to accept life’s true meaning. These markers are removed by the pilgrims wearing basic white garments, otherwise known as Ihram, whilst they worship and revive their life’s true purpose.

Qurbani, otherwise known as Hajj Qurbani, is the act of sacrificing an animal in the name of Allah (SWT). The importance of Qurbani in Islam is one and the same as the significance of Hajj, as it is a means of reminding ourselves that it’s our duty to make any sacrifice that Allah (SWT) wishes us to make. Although it’s traditional to make your Qurbani sacrifice during the Hajj, doing Qurbani in the UK often refers to making a Qurbani donation to a UK Qurbani charity, such as Children of Adam. Despite this, the Qurbani meaning must not be lost, and we must always understand our duty to Allah (SWT).

History of the Hajj

It’s widely believed that Allah (SWT) instructed the Prophet Ibrahim (AS) to take his wife, Hajira (AS), and their son, Ismail (AS) to Arabia from Palestine to defend them from Ibrahim’s (AS) first wife, Sarah’s jealousy.

Following this, Allah (SWT) also instructed that Ibrahim (AS) leave the two alone, to which he obliged and left a handful of supplies. These supplies soon wore thin, causing Hajira (AS) and Ismail (AS) to suffer from dehydration and hunger. As a result, Hajira (AS) desperately roamed the two hills called Marwa and Safa in search of help; however, the exertion caused her to collapse and pray for deliverance.

Upon Hajira’s (AS) collapse and prayer, Ismail (AS) stomped on the floor and water began to gush from the earth; Allah (SWT) had saved them. Ibrahim (AS) returned to find his family running a successful well.

Allah (SWT) then instructed Ibrahim (AS) to construct a shrine devoted to Him, to which Ibrahim (AS) and Ismail (AS) crafted a modest rock formation. This soon became the place of gathering of those who wanted to bolster their connection with Allah (SWT) and was called the Kaaba.

In order to amend this, Allah (SWT) sent the Prophet Muhammad (PBUH) on a voyage alongside 1400 of his followers to restore Islamic teachings. This was the initial pilgrimage to Mecca.

Guide to Going to Mecca

Upon reaching Mecca, it’s expected that Muslims will undertake two pilgrimages: the small pilgrimage of Umra and the main Hajj. Despite this, the Umra is optional and won’t be regarded as Hajj in the eyes of Allah (SWT).

Hajj is all about purity and must be conducted in a complete state of Ihram. This Ihram is achieved via a statement of intention, the wearing of white clothes, and observing the Hajj regulations. These regulations include the refrainment from:

In order to begin the Umra, you start at the Miqat, which is a location on the outskirts of Mecca. Here, you wear the Ihram and recite the Talbiya Du’a, as this is the declaration of your intention for Umra.

Following this, you will repeat prayers and Du’as whilst you circle the Ka’ba seven times. This is called the Tawaf; after the Tawaf, you’re required to drink some Zam Zam water. After this, you make your way to the corridor between the hills of Marwa and Safa and walk between them seven times.

These stones will be thrown at pillars (Jamraat) the following morning in Mina and Qurbani will be made. Following this, men’s heads are shaved, whilst women cut a lock of their hair before returning to Mecca and making a Tawaf.

Once Tawaf has been made, you return to Mina for three or four days in which the pillars will once again be stoned. Lastly, a farewell Tawaf will take place on the 12th Dhul Hijjah in Masjid-al Haram before Allah (SWT) is asked for forgiveness and Du’a is made.

Donate Qurbani to Children of Adam

If this isn’t your year to embark on the Hajj, fulfil your Islamic duty by donating your Qurbani to Children of Adam.