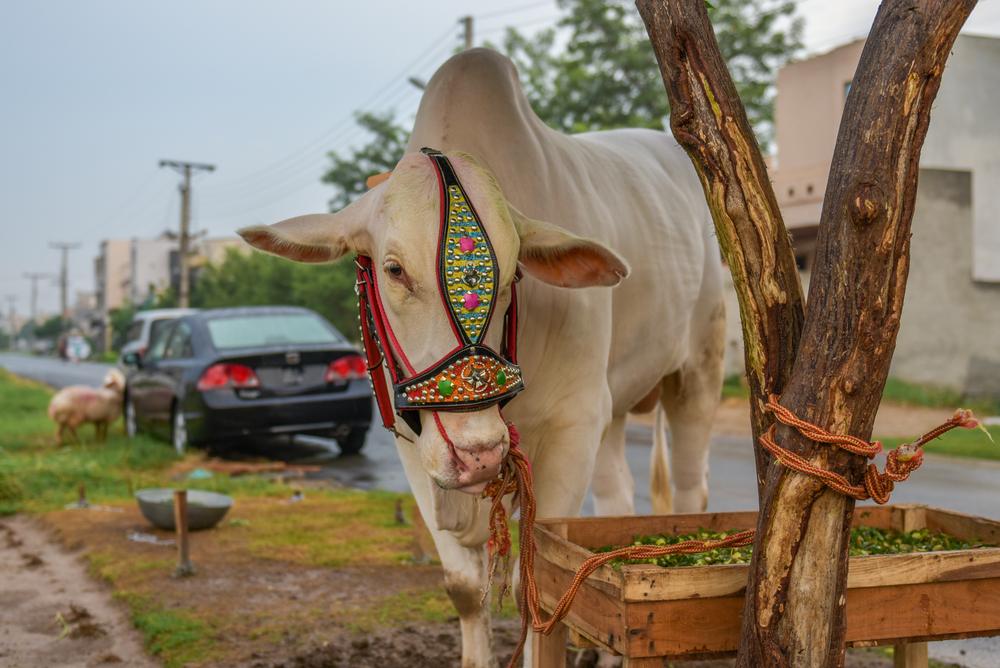 Qurbani is fast approaching, and, as the most important time in the Islamic calendar, Muslims across the globe are putting preparations in place. Despite its importance, Qurbani isn’t a festival that is widely known by non-Muslims, resulting in a lot of questions surrounding the topic. As a UK Muslim charity, we’re taking it upon ourselves to ensure that a wide array of individuals is educated on the subject of Qurbani. Listed and answered below are some of the most common questions surrounding the festival of Qurbani and its rules.

During the Islamic month of Dhul Hijjah, Muslims are required to slaughter an animal, such as a sheep, goat, cow/bull, camel, or buffalo. Following this, the meat would traditionally be split into three equal parts, in which the donor would receive one share, their friends/family would receive another, and the final part would be given to the needy. Despite this, modern Muslims in the UK typically make a Qurbani donation to a Muslim charity that will pay for the slaughtering of an animal that will be distributed to the poor.

What does Qurbani mean?

Qurbani is the Arabic word for sacrifice, which is quite fitting when considering what the festival represents.

Why do we do Qurbani?

Who do you give Qurbani to?

As previously mentioned, Qurbani was initially split between the donor, their family/friends, and someone in need. Despite this, Muslims in the UK usually give their Qurbani to a Muslim charity so that a sacrifice can be made in their name to feed a family in need.

Who is Qurbani compulsory on?

Qurbani is compulsory for all eligible Muslims. In order to be eligible, the person must be of sound mind, over the age of puberty, and have a wealth that exceeds the Nisab threshold.

How do you calculate Qurbani?

How does Qurbani work?

When it comes to Qurbani, how it works will differ from country to country. As previously mentioned, Muslims in the UK will typically make a donation for the sacrifice to be carried out in a Muslim country by the word of the Qur’an. Despite this, during the Hajj pilgrimage, some pilgrims may pay for animals to be sacrificed in slaughterhouses near Mecca. Otherwise, Muslims in countries that don’t have excessive rules about the slaughtering of animals may carry out the sacrifice themselves.

In order for an animal to qualify as Qurbani, it must be able to walk itself to the slaughter, not be blind, not be missing over a third of its ear/tail, not have horns broken from the root, not have a lame leg, not be too thin, and not be missing more than half of its teeth. Similarly, sheep and goats must be older than one year old, whilst cows/bulls, buffalos, and camels mustn’t be younger than two years old.

How much Qurbani do I give?

Can you remove your hair before Qurbani?

Once the month of Dhul Hijjah has begun, it’s not customary for anyone intending to offer a Qurbani sacrifice to cut their hair or nails.

What is Eid al-Adha?

Eid al-Adha, otherwise known as the Festival of Sacrifice, is the celebration that marks the end of the Hajj pilgrimage. This is a time of worship, remembrance, and thankfulness, in which Muslims appreciate their blessings from Allah (SWT).

How do I give Qurbani?

For anyone wondering how to give Qurbani in the UK, it couldn’t be simpler with the help of Children of Adam. We accept your Qurbani donations via our Qurbani 2022 page, so fulfil your obligation to Allah (SWT) with us.