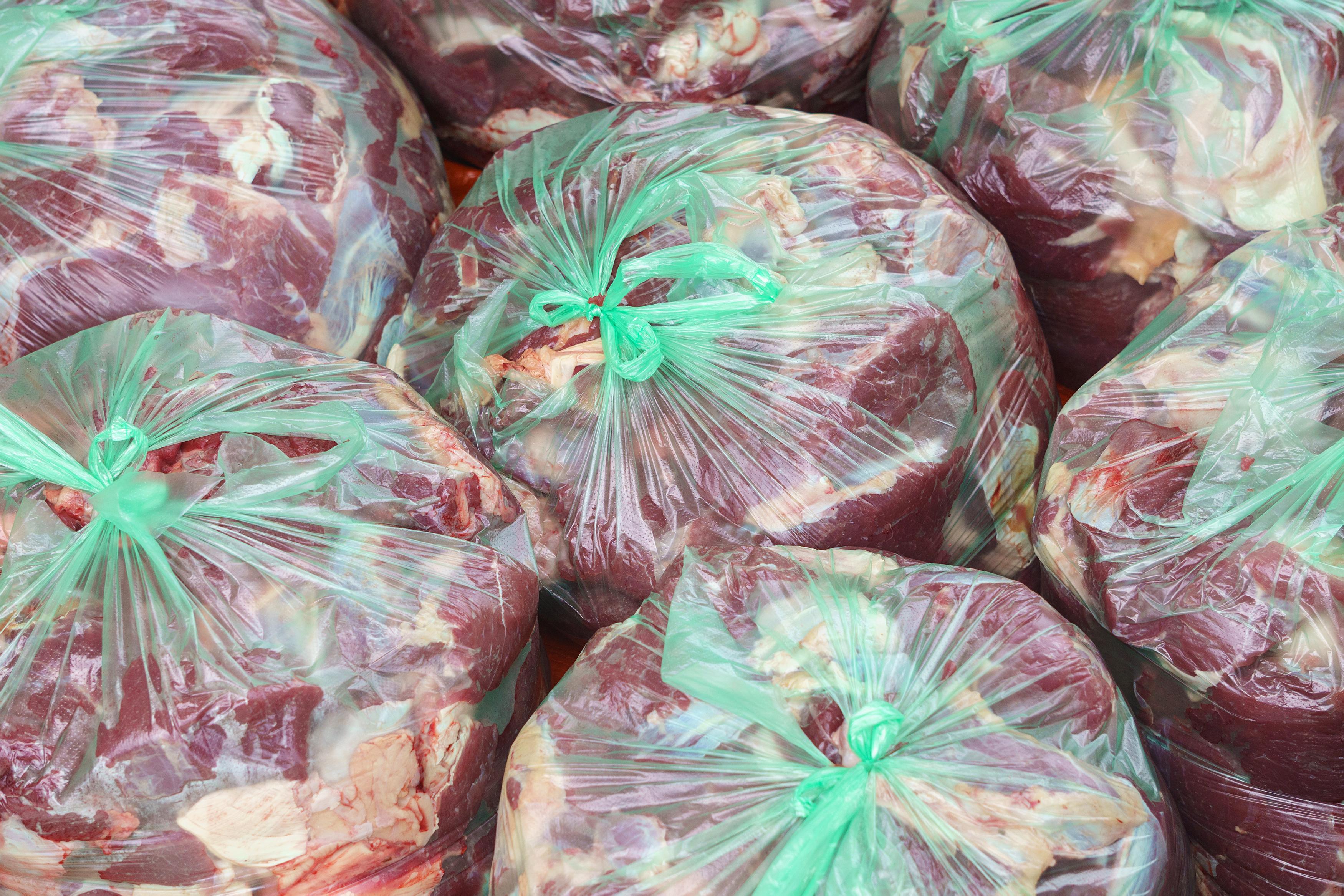 The distribution of Qurbani meat is one of the core aspects of the festival of the sacrifice, with great emphasis placed on the need for those who are most poor and needy benefiting. As per Islamic tradition, each sacrifice should account for three equal shares – one to the person making the sacrifice, one to a friend or relative, and one to someone in need.

For those wondering how to give Qurbani in the UK, In the modern-day, most Muslims will not carry out the sacrifice themselves due to domestic laws that exist. These laws make it illegal for anyone other than registered slaughterhouses to slaughter livestock. This means that Muslims, to appease Allah (SWT), make donations to charities such as Children of Adam, who will ensure that a sacrifice is carried out in their name and shares of meat are distributed, all in keeping with Qur’anic law.

What Meat Can be Given?

How is Qurbani Worked Out?

For those wondering how to calculate Qurbani, the larger the animal, the greater the number of available shares. Therefore, goats and sheep account for one share, whilst camels and cows are each worth seven shares. Each qualifying Muslim is required to donate one share and the head of the household must also donate on behalf of their dependents. Therefore, how much Qurbani per family will depend on the number of family members.

Many Muslims decide to donate Qurbani on behalf of friends and family members who have passed on. While this is not compulsory, neither is it prohibited and will bring with it extra rewards, both for the person donating and for the person whose name it is being made in. Even if that person is in the afterlife, they will still receive the rewards and benefits from Allah (SWT).

Who Qualifies to Give Qurbani?

Eid al-Adha Qurbani rules state that those with a personal wealth that exceeds the Nisab value are expected to make a Qurbani donation. This is the only parameter for Qurbani, unlike Zakat, which may call on the need for Muslims to calculate their wealth, income, and savings to determine whether they are eligible.

If you miss one year’s Qurbani, you may make a donation covering multiple shares to make up for your missed donations.

When you donate through Children of Adam, we will ensure that your shares of Qurbani meat are distributed to those most in need. That means we will distribute cuts of meat to those most deserving, both here in the United Kingdom and overseas.

Make your Qurbani donation with Children of Adam, and we will ensure that your sacrifice is carried out as per the word of Allah (SWT) and that your share of meat is used to support the poorest and neediest.