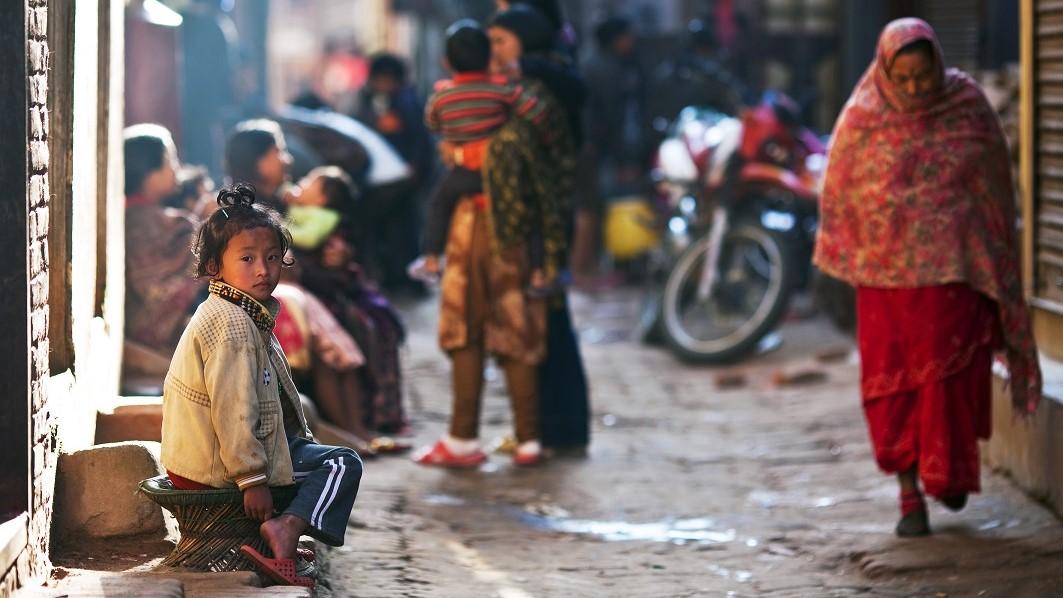 Nepal is currently experiencing environmental and political difficulties, with countless earthquakes and struggling children. Not only are these earthquakes devastating people’s livelihoods, but they’re orphaning children and making them more susceptible to child labour and slavery. In addition to these endless tragedies, thousands of Nepalese people are unable to afford food and shelter, leaving them hungry and homeless.

Our Nepal charity appeal helps to prevent the residents of Nepal from suffering, providing them with the chance of a better life; however, we can’t make these changes without your contribution.

Though many of us associate childhood with security and freedom, this is sadly not the case for the children of Nepal. From as young as six years old, Nepalese children are in danger of being sold into slavery. If they do manage to escape this cruel fate, they often find themselves orphaned, deserted, neglected, and exploited.

Amongst Nepal’s population of 31 million, 11.5 million are children. Of these, one million are orphans, meaning roughly 9% of Nepalese children are orphans. Tragically, these children have no choice but to go without essentials such as clean water, food, shelter, healthcare, education, and clothing. These basic necessities are the fundamentals of survival, and in their absence a good life is impossible.

Without parents, children are either forced to live on the streets or find shelter in an orphans’ home. The orphans’ homes of Nepal are struggling to accommodate the large number of parentless children in the country. As a result, the care that children receive in these facilities is not up to scratch due to overwhelmed staff that physically can’t cater to the needs of every child.

Since Nepal sits on the Asian and Indo-Australian tectonic plates, it’s extremely vulnerable to earthquakes. In fact, a collision of these plates is what initially formed the Himalaya mountains. Despite this, these plates are also responsible for countless earthquakes that bring devastating destruction to Nepal.

In 2015, the Gorkha earthquake occurred. It was the largest in the history of Nepal. On 25 April 2015, over 9,000 people were killed by the earthquake and 23,000 others were severely injured. As well as this, upwards of 600,000 buildings in the region of Kathmandu were completely destroyed, in addition to a further 285,000 that incurred damage.

One third of the Nepalese people were impacted by this catastrophe; this equates to around eight million inhabitants. A huge chunk of these victims were children, with 30,000 classrooms in 8,304 schools incurring terrible damage. Not only was the already struggling education system affected, but also the overwhelmed medical sector, with 1,000 medical centres being severely damaged.

Communities in Nepal have repeatedly been completely devastated by terrible earthquakes, and it’s likely more tremors will happen in the future.

Nepal is extremely dependent on the agricultural sector, but such an unpredictable industry presents problems for the Nepalese people. Recurring natural disasters mean that the farming sector is constantly at risk, resulting in people’s livelihoods being destroyed and leaving inhabitants hungry. The lack of industrialisation in the area means that money-earning opportunities are meagre, whilst the constant inflation results in money consistently losing value.

Additionally, the lack of educational opportunities available to Nepal’s youth means that generation after generation is forced to work on the land. Nepal is a very laborious country as people are forced to prioritise income over education. It’s not uncommon for children of primary school age to be pulled out of school to contribute to their household income. Even with several incomes, families of Nepal are unable to make ends meet due to measly wages and expensive living costs.

Nepal is a landlocked nation, making it difficult to access water. Though it’s estimated that 80% of the population have access to drinking water, it’s not safe and is often polluted. Despite this, poor inhabitants of rural areas are often unable to readily access water at all, traipsing for hours on end to locate it. Nepal’s water is unsanitary due to the anthropogenic and natural contaminations of the Kathmandu Valley. In addition to this, the water is often polluted by domestic, industry, and sewage waste.

Only 27% of Nepal’s population is able to access basic sanitation, leaving the rest to rely on rivers and other natural water sources for bathing. Since most of this water can’t be safely consumed, Nepal is rife with waterborne diseases such as cholera, gastroenteritis, typhoid, dysentery, and diarrhoea. These diseases are responsible for killing 44,000 children each year in Nepal.

In order to aid the struggling Nepalese families, you can donate to help Nepal. Our help Nepal organisation ensures that those who fall victim to the country’s issues are given ample support.