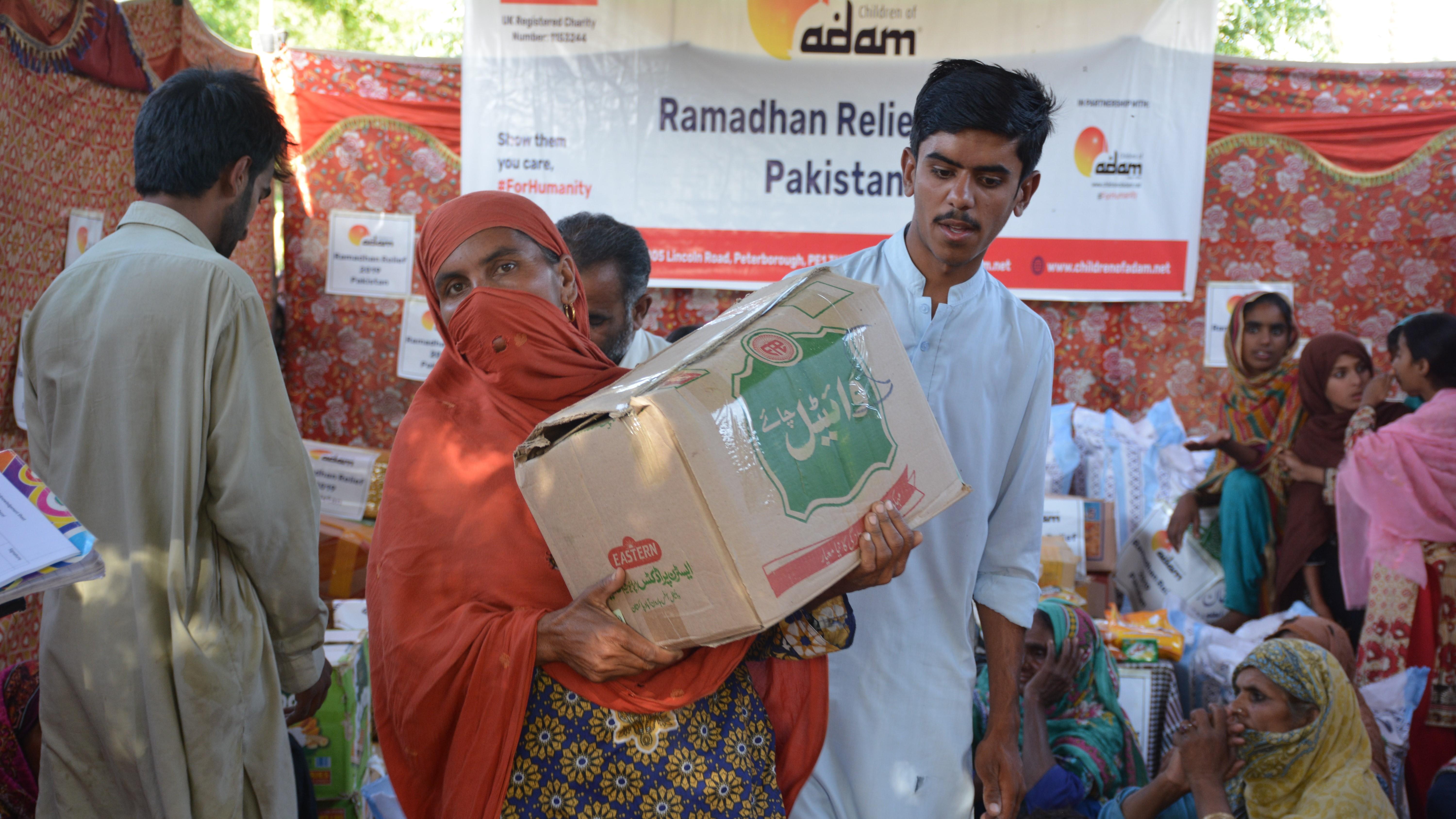 Islam is one of the most widespread religions worldwide, with around 1.9 billion Muslims across the globe. As a result, billions will wish to take part in Ramadan around the world; however, not everyone is privileged enough to have the means to do so.

Although fasting is a significant feature of Ramadan, giving is also greatly important as this helps us to avoid hoarding wealth and makes us appreciate our blessings. Consequently, able Muslims should take this time to make a Ramadan donation to help the poor through the month of fasting. Be sure to help the needy with our Ramadan charity appeals here at Children of Adam.

One of our appeals is the Yemen Emergency Appeal, which is designed to aid the 14 million people in dire need of medical attention in the country. Although many of us in the western world fast during the month of Ramadan, the people of Yemen are forced to do this all year round, with 17 million people experiencing food insecurity and 19 million not having access to clean water.

During Ramadan fasting, we’re able to replenish ourselves in the evening so we can healthily fast throughout the day, but it’s still notably harder to do in the final few days of the month; however, the people of Yemen are constantly dehydrated and starving, resulting in malnourishment and, eventually, death. They need your help this Ramadan.

The conflict in Syria is the largest humanitarian and refugee crisis of our time, which is why we have established our Syrian Refugee Appeal. This conflict has meant that millions have been forced to flee their homes and take refuge in countries that don’t necessarily share their religious values.

For example, thousands of refugees have sought asylum in Greece, a predominantly Christian population. Consequently, these people will struggle to honour Ramadan and be given provisions for such. Similarly, their impoverished conditions often mean that they don’t have the means of partaking in Ramadan traditions, meaning they're not able to freely practice their religion and build their relationship with Allah (SWT) as they wish.

Bangladesh is currently home to millions of Rohingya refugees who have nowhere else to turn, which is why we set up our Rohingya Emergency Appeal. The Bangladeshi refugee camps are among the most crowded areas worldwide, with 40,000 people per square kilometre. A family of five will typically reside within a 10-by-16-foot shelter and be forced to share an outdoor latrine with three other families of this size.

These makeshift shelters are extremely vulnerable to landslides and flooding which are particularly common during the monsoon season which accounts for over half of the year. The Rohingya people need your protection this Ramadan.

There are an estimated 1.3 million children suffering on the streets of Pakistan, which is why we established our Street Children Appeal. We’re in the process of using your donations to develop a transitional centre for street children, providing them with access to legal help, nutrition, healthcare, and education. Children are some of the most vulnerable individuals in the world which is why we need to do all that we can to protect them this Ramadan.

Like Syria, Palestine is also in the midst of conflict, leaving many individuals vulnerable to food insecurity, homelessness, limited healthcare, and much more. You can help the people of Palestine via our Empowerment Projects and Winter Appeal to name a couple. Our empowerment project in particular is very helpful to those in poverty across the globe.

Instead of providing the needy with temporary solutions, we give them the means of establishing their own businesses and breaking the vicious cycle of poverty across the globe. Our wide range of communities that we work with means that Children of Adam is among the best charities to donate to in Ramadan.

As a result of the conflict in Syria, 1.3 million individuals are taking refuge in Jordan. These refugees rely on humanitarian assistance, leaving between 80% and 90% in poor living conditions, food insecurity, and ill-health. Upwards of 10,000 Syrians find themselves stranded at the north-eastern border between Syria and Jordan, resulting in severely limited access to humanitarian assistance and the prevailing threat of border closures. These vulnerable individuals are in need of your help this Ramadan.

As part of the global resettlement of Afghani refugees, the UK has pledged to take 20,000 refugees, which influenced our Afghan Refugee UK Appeal. Whilst this offers safety, it means Afghani people are removed from their culture which can be an upsetting and jarring process. As a result, these individuals won't be able to honour Ramadan in the same way as they would in their home country since the UK isn’t a predominantly Islamic nation. Your donations can help ensure that they’re still able to partake in the Ramadan traditions they're used to.

Donate to Children of Adam this Ramadan

Here at Children of Adam, we can help you donate around the world this Ramadan to those who need it. Donate today to transform the life of someone in need.