Qurbani starts from £23 per share per person. Help feed the ummah this Qurbani season and fulfil the sunnah of Prophet Ibrahim Alayhis Salaam.

Children of Adam accepts your Qurbani 2022 donations online, over the phone or via bank transfer, giving you full flexibility in choosing how you wish to pay this Islamic duty.

As is tradition, Muslims around the world will pay for shares of meat to be distributed amongst those who are most in need for Eid ul-Adha. The act of Qurbani is as equally sacred as it is selfless, and you will reap great rewards for your donation which will feed another brother or sister. 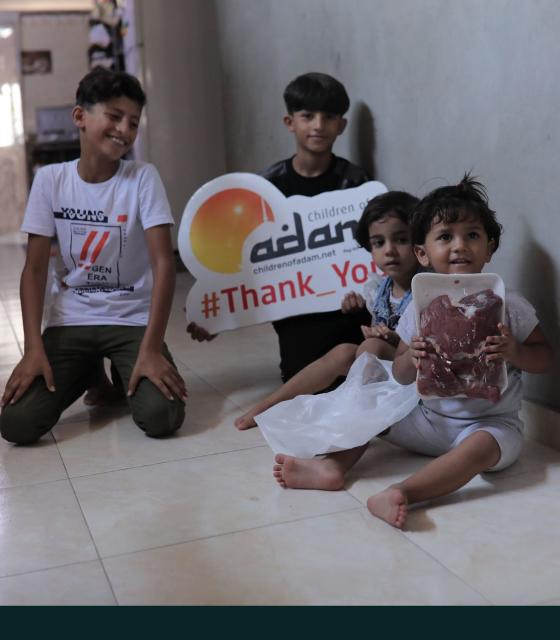 Sacrifice is the nourishment without which the tiny seeds of Iman will not grow into mighty, leafy trees, providing shade and fruit to the countless caravans of mankind

Ibrahim (AS) was commanded by Allah (SWT) in a dream to sacrifice that which he held most dear to him – his son, Ismail (AS). Ibrahim (AS) did not question God’s word and, when he explained his dream to his son, neither did Ismail (AS) who asked only that his father tie him so he could no struggle and that Ibrahim (AS) wore a blindfold, so he would not see him suffer.

Upon the top of Mount Arafat, Ibrahim (AS) set about carrying out the sacrifice of his son. After removing his blindfold once he believed the act had been carried out, his eyes were greeted by the sight of his son standing completely unharmed and loose of the rope he had been tied in. Ibrahim (AS) held a ram in his arms, taking the place of Ismail (AS) who had been spared.

Allah (SWT) recognised the faith that both Ibrahim (AS) and Ismail (AS) had displayed and, as a reward, He saved the young son and gave them a sacrificed ram. Thus, the tradition of Qurbani was born.

He (Ismail) said: ‘O my father! Do as you are commanded. If Allah wills, you shall find me of the patient.”

Meals have been handed out  -  Every week we donate meals not only to local homeless but internationally across 5 countries.

Meals given each week - Every week we donate meals not only to local people but internationally across 5 countries.

Your generosity could shape the lives of many. No one deserves to live without basic necessities.

Every eligible Muslim must make a donation equivalent to one share of meat that can be distributed to those most in need. In the case of families, for example, a husband and wife, Qurbani rules state that the head of the household may make a donation on behalf of anyone unable to make their own.

It is also permissible for anyone to give Qurbani on behalf of the deceased. There is no upper limit on the number of Qurbani shares you can donate and every donation yields extra rewards and blessings.

When is Qurbani Eid?

This year, the Qurbani Eid date falls from Saturday 9 July to Tuesday 12 July. It is considered to be a Sunnah/Wajib obligation to make a Qurbani donation should your personal wealth exceed the nisab threshold.

Donate Qurbani with Children of Adam

Please make your Qurbani donation with Children of Adam today. Your payment will be used to distribute shares of meat from animals sacrificed per Islamic rules in countries we work in, such as Nepal, Pakistan, Gaza, Palestine and Malawi. 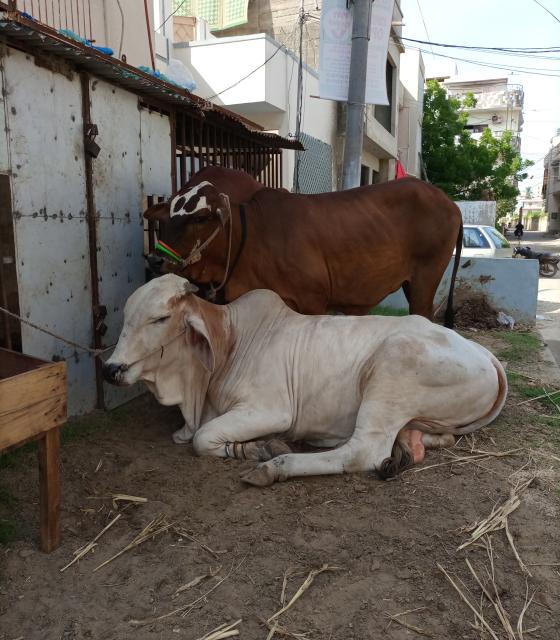 The relief effort in pictures