Children of Adam are now working in Africa, approximately one in three people living in sub-Saharan Africa are undernourished.

Children of Adam are now working in Africa, approximately one in three people living in sub-Saharan Africa are undernourished. 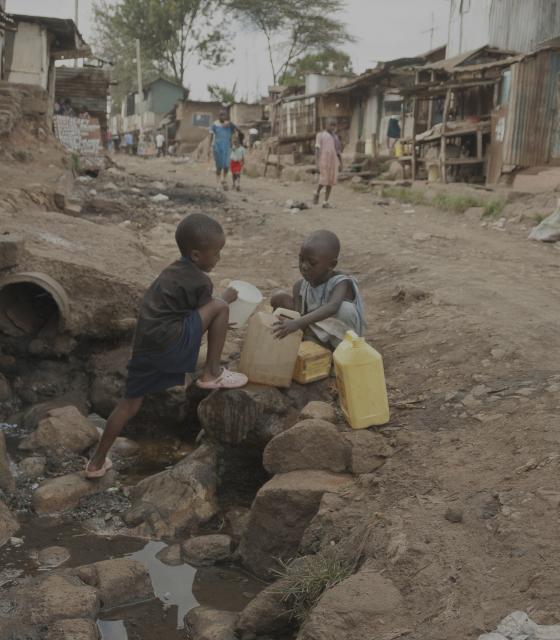 The Food and Agriculture Organization (FAO) of the United Nations estimated that 239 million people (around 30 percent of the population) in sub-Saharan Africa were hungry in 2010. This is the highest percentage of any region in the world. In addition, the U.N. Millennium Project reported that over 40 percent of all Africans are unable to regularly obtain sufficient food. Of the 738 million people globally who lack access to clean water, 37 percent are living in sub-Saharan Africa. Poverty in Africa results in more than 500 million people suffering from waterborne diseases. According to the U.N. Millennium Project, more than 50 percent of Africans have a water-related illness like cholera

More than one million people, mostly children under the age of five, die every year from malaria. Malaria deaths in Africa alone account for 90 percent of all malaria deaths worldwide. Eighty percent of these victims are African children. The U.N. Millennium Project has calculated that a child in Africa dies from malaria every 30 seconds, or about 3,000 each day.

Children of Adam are appealing to you to assist our brothers and sisters in Africa. This project will be dedicated to one of the greatest companions of the Prophet may peace and blessings be upon him, Hazrat Billal ibn Rabah may ALLAH SWT be pleased with him.

Please donate with an open heart and assist those in need.

Direct campaign beneficiaries  -  Every week we donate meals not only to local people but internationally across 5 countries.

Meals given each week - Every week we donate meals not only to local people but internationally across 5 countries.

Your generosity could shape the lives of many. No one deserves to live without water.

By giving to the Water Appeal, you can help us ensure no-one is forgotten.